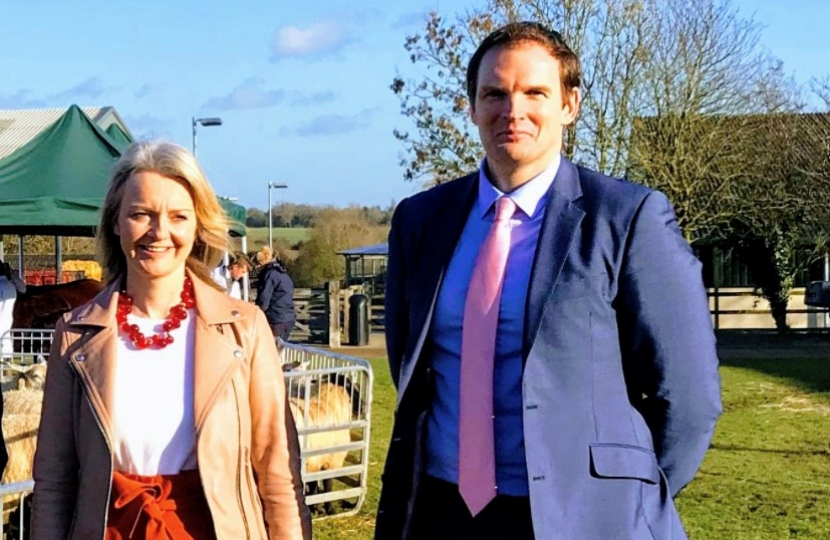 Dr Dan Poulter is an NHS hospital doctor, working in mental health services, who has been our MP for Central Suffolk and North Ipswich since May 2010.

Dr Dan is a strong believer in MPs having experience of life outside of politics, and he uses his background and real life experience from his work as an NHS hospital doctor to fight for the needs of the people of Suffolk.

The people of Suffolk are Dr Dan's first priority and he has helped to secure a new heart unit at Ipswich Hospital so that people do not have to travel to Cambridge or Essex for routine lifesaving heart treatments; he has also gained £1.5 million of Government cash to refurbish and keep open our much loved Hartismere Community Hospital in Eye.

As a great supporter of our local businesses, Dr Dan has helped to double the number of apprenticeships in Suffolk and helping to give our young people a better start in life. Dr Dan has also secured £27 million of Government money to ensure that all homes in Suffolk receive a much improved broadband service by 2019. He also helped to ensure that the hourly train service was returned on the East Suffolk train line between Ipswich and Lowestoft via Westerfield, Woodbridge and Wickham Market.

As a Government health minister between 2012 and 2015, Dr Dan used his first-hand knowledge and expertise working as an NHS hospital doctor to introduce new language checks for overseas doctors and nurses, to ensure they are able to speak a good standard of English before treating patients. He oversaw improvements in the healthcare and support available to our brave armed forces veterans, and also a massive expansion in our NHS early years' workforce with more than 4000 additional health visitors now available to help new mums and families to give their new babies the very best start in life.

Dr Dan is also a great believer in spending public money wisely and helped save our NHS over £500 million through improvements in procurement processes and reducing bureaucracy – money which has since been reinvested in front-line patient care.

Dr Dan likes to give of his free time to charity. He has been a strong supporter of Help for Heroes and helps to raise money for St Elizabeth Hospice in Ipswich. He has previously helped to set up medical and lifestyle advice clinics for the homeless and people with alcohol and substance misuse problems.

When time permits, Dr Dan remains a keen rugby player, cricketer and golfer, and he enjoys walks in our beautiful Suffolk countryside.