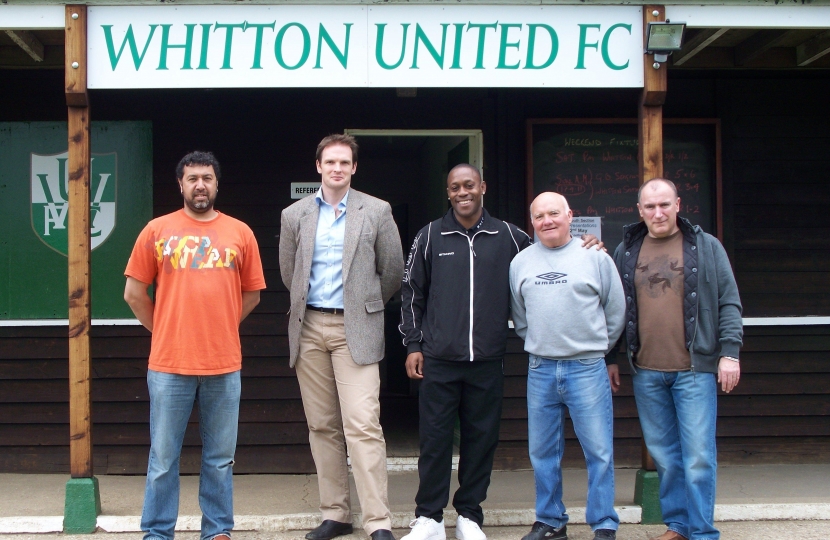 Dr Dan has been be a great supporter of Whitton United Football Club and, ever since he was elected as our local MP, has worked closely with Lucky Singh, blu staff and supporters to help improve the club's facilities and help attract sponsorship and money to the club.

Whitton United now looks after over 250 youngsters who play in the club's youth setup and, thanks to the generosity of local businesses, which Dr Dan helped to facilitate, the club has been given support and financial backing to build on its role as a communty hub in North West Ipswich.