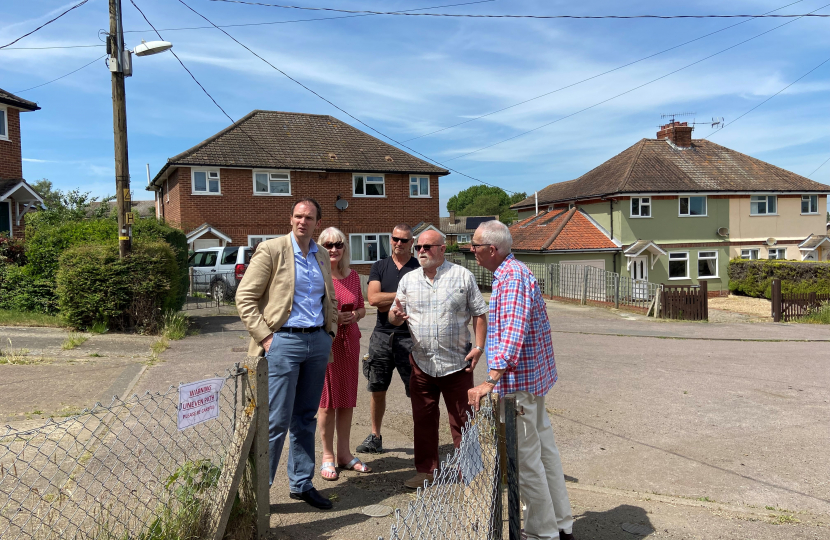 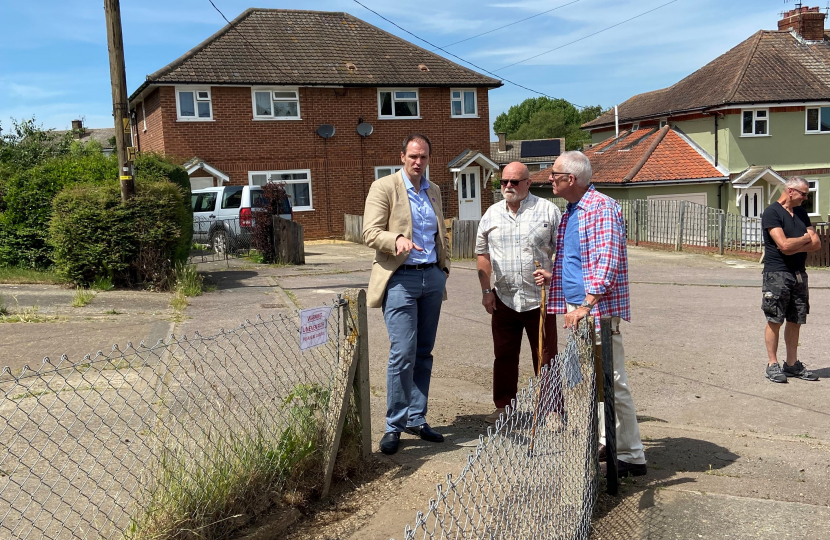 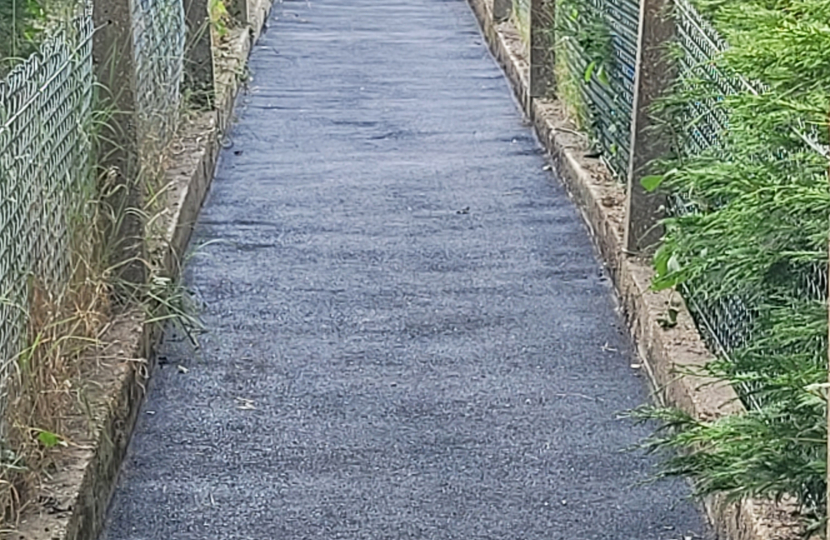 In a bid to resolve the longstanding issues once and for all, Dr Poulter convened an urgent meeting with Newtide Homes, Cllr Carol Poulter and Wickham Market Parish Council, whereupon it was confirmed that the footpath was indeed in the ownership of Newtide Homes.  At the meeting, a representative of Newtide Homes confirmed that action would be taken immediately to remedy the state of the footpath and they would also consider widening the footpath to better enable access for wheelchair users and parents with pushchairs.  Within a week, a surveyor had been on site to assess the scale of works and the remedial works have since been completed, including widening and complete resurfacing.

Commenting on the issue, Dr Poulter said "The footpath at King Edwards Avenue was in an appalling state and not at all safe for pedestrians to use.  I would like to thank Cllr Carol Poulter for her efforts in working with residents and Wickham Market Parish Council to bring this to light, and I would also like to thank Newtide Homes for meeting me on site and bringing a satisfactory resolution to this issue.

“This is a very popular footpath which is used by many residents and I am delighted that this has now not only been repaired, but also widened and with improved accessibility for all to enjoy.”

Chairman of Wickham Market Parish Council, Ivor French said “With help from our local MP, Dr Dan Poulter and Wickham Market District Councillor, Carol Poulter, together with the Flagship Homes (Newtide) team and ourselves, it was finally established that Flagship were responsible for the King Edwards Avenue footpath.  As a result of the meeting, they immediately planned and completed resurfacing and widening of the footpath to the benefit of all residents including wheelchair users. I would like to thank all involved for a successful outcome.”