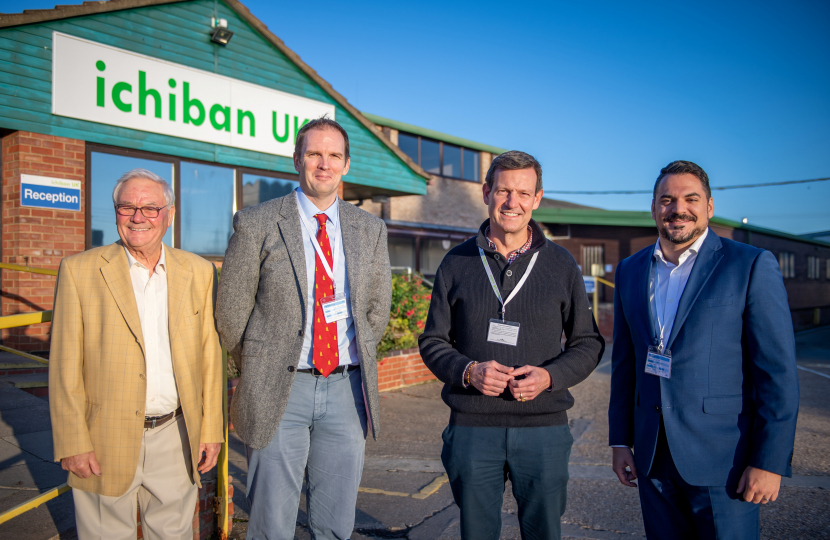 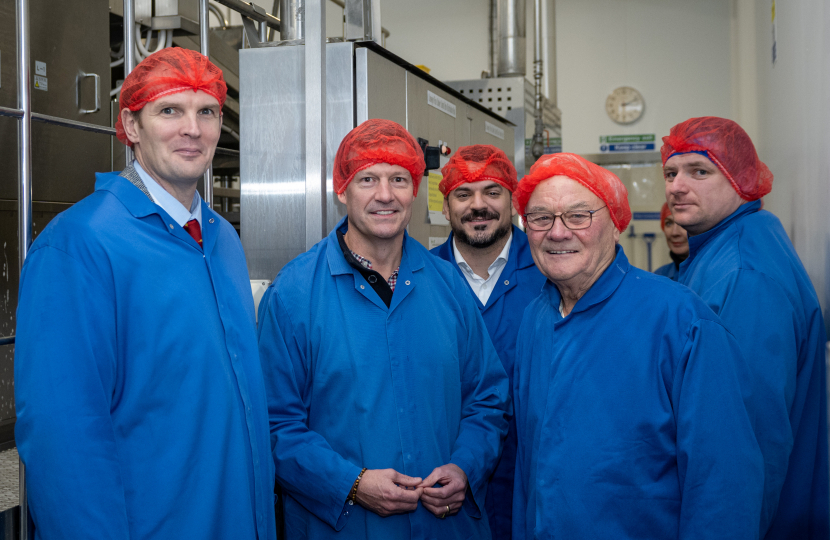 he UK’s leading producer of authentic Japanese sushi, ichiban, has invested in Europe’s largest rice cooker with the support of a seven-figure loan provided by Lloyds Bank and today welcomed a visit from Central Suffolk and North Ipswich MP, Dr Dan Poulter.

Stowmarket-headquartered Ichiban has used the £1 million funding package to purchase a state-of-the-art commercial rice cooker that will enable the business to cook the rice needed for its sushi more quickly, efficiently, and sustainably. The new kit can cook 300 kilograms of rice every hour and produces perfectly cooked rice that further improves the quality of the product.

ichiban produces more than 500,000 packs of own label and branded sushi each week for its customer base which comprises many of the UK’s leading retailers and supermarkets, including Tesco, Boots and Aldi. The business typically cooks around 900 tonnes of rice every year and expects this to increase to over 1000 tonnes each year following the recent investment.

Founded in 2005, the business has gone from strength-to-strength in recent years and now has an annual turnover of £32 million. Lloyds has been actively supporting ichiban for over 7 years

ichiban, which means ‘number one’ in Japanese, employs more than 450 people at its site in Stowmarket. The firm’s manufacturing process, which only uses fish and seafood from approved sources, is completed entirely in Suffolk.

Commenting on his visit, Dr Dan Poulter, MP for Central Suffolk and North Ipswich, said "ichiban plays such an important role in our local economy, employing more than 450 people here in Suffolk.  It was really fascinating to see first-hand the intricate food manufacturing undertaken by the firm to produce its sushi.  The business' latest investment in this new equipment demonstrates a real commitment to a continued path of progression and I look forward to following its ongoing success in the future."

Andrew Wilkinson, Managing Director, ichiban, said “We’ve enjoyed substantial growth in recent years as more and more people have discovered the appeal of eating sushi. But to maintain this trajectory, and increase our capacity for further expansion, we needed to invest in new larger scale and more efficient cooking equipment.

“The finance package we’ve received from Lloyds Bank has enabled us to do just that, and this investment will be transformational for our business.”

Michael Adams, relationship director at Lloyds Bank, said: “ichiban is a great example of a local business with national appeal, that is thriving and expanding. It has a strong reputation for quality and service that really resonates with its customers, and this investment in a new rice cooker brings many additional strategic and operational benefits to the firm.

“We will remain by the side of ichiban in the future, as we will be by other Suffolk and UK based businesses that need our support.”