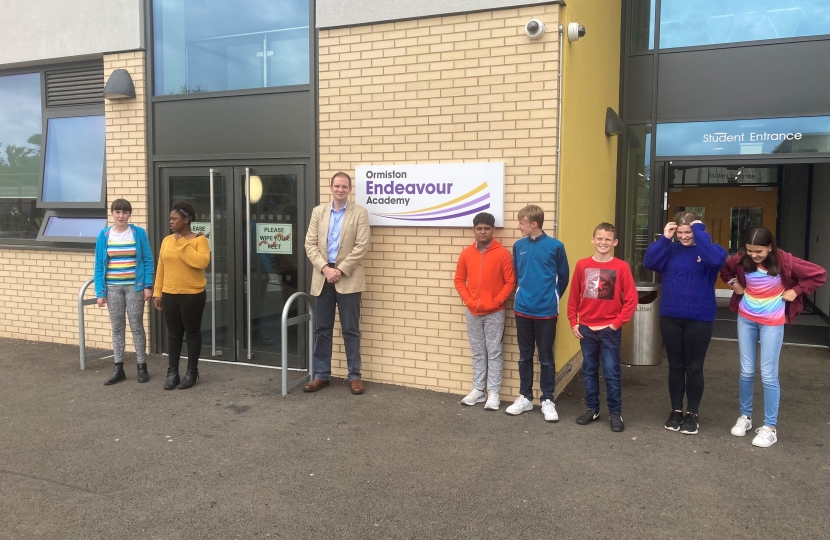 As a longstanding supporter of Broomhill Lido, Dr Poulter has been involved in the fight to get Broomhill Lido re-opened since he was first elected as the MP for Central Suffolk and North Ipswich in 2010, and he was all too pleased to support the Broomhill Trust in their application for Heritage Lottery Funding to refurbish and reopen the lido.

Dr Dan regularly visits Ormiston Endeavour Academy and he was delighted to visit again to meet with the school’s Community Champions to reassure them that he remains fully committed to supporting the Trust in its fight to have the pool re-opened as a lido and huge community asset for the people of North West Ipswich to enjoy.

A regular visitor, Dr Poulter was pleased to visit Prema Dorai, of Primary Homecare Suffolk, along with her team at their headquarters in Barham.