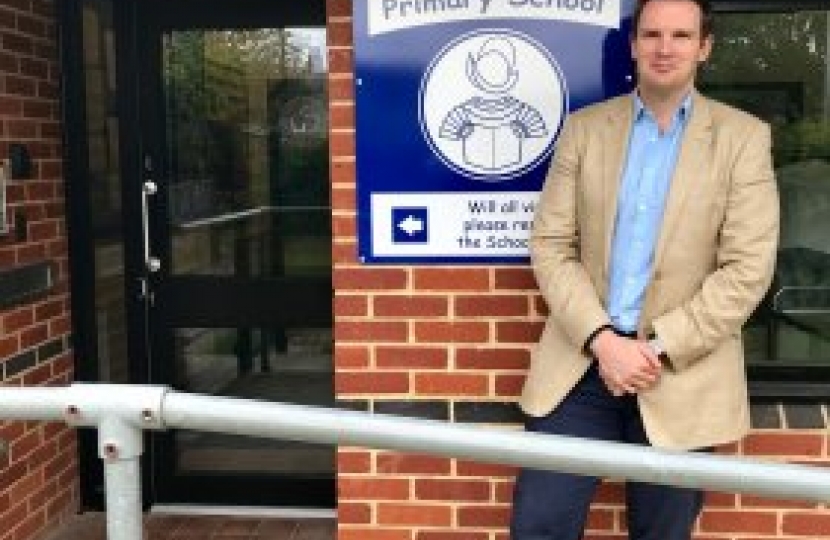 Late last year, Dr Dan wrote to the Council urging them to take urgent action against unauthorised development on land at Brockford Road in Mendlesham.

A growing number of residents had been in touch with Dr Dan citing concerns about inappropriate development of the land at Brockford Road, adjacent to the A140. The land, adjacent to an existing caravan park, is being sold off in one acre plots, and local residents were becoming increasingly concerned about the potential for an unplanned travellers site. Plots which have already been sold off have already seen development, with static homes and permanent fencing being erected.

Responding to Dr Poulter's calls for action, Mid Suffolk District Council has confirmed that all applications for static homes have been refused along this road, primarily as the applications fall short of National Planning Policy Framework (NPPF) guidelines around development within flood zones. The Council has confirmed that it is aware that development works have already taken place; these works are unauthorised and the Council's enforcement team is currently considering further action.

Commenting on the response from Mid Suffolk District Council, Dr Dan said "I would like to put on record my thanks to Mid Suffolk District Council's planning team for taking swift and appropriate action in regard to development along Brockford Road in Mendlesham. Aside from the lack of local infrastructure to support wider development in this area, the land in question is part of a natural flood plain and is patently unsuitable for residential development."