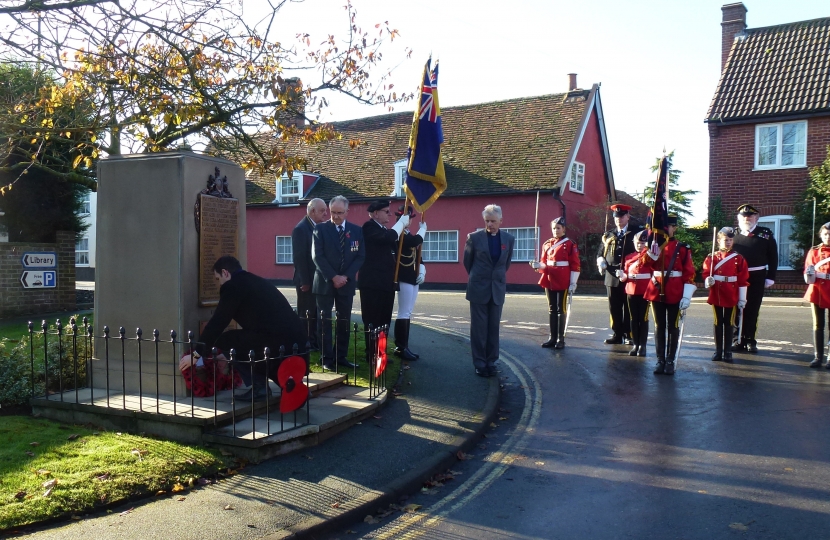 On Sunday, Dan attended the Remembrance Day service held at Wickham Market Primary School, where he gave a reading before the two-minute silence was observed. As the sun shone down, people silently paid tribute to our brave service personnel past and present, before wreaths were laid at the local village war memorial. Last week, a number of Remembrance Day services were held in towns and villages across Suffolk, as thousands of people paid their respects towards our brave Armed Forces and those who have died in conflict since the First World War.

Remembrance Sunday is a special time of year, where people of all ages have the chance to pause, reflect and remember the sacrifices of those who have laid down their lives for us. The conflict in Afghanistan has brought home to many in Suffolk the daily sacrifices made by British servicemen and women for their country, and it is always important to recognise the bravery and courage of those who have served and continue to serve in our Armed Forces.

Dan was very proud to see so many people in Suffolk showing their support for our Armed Forces and would like to thank Kenny Howard for inviting him to make a reading at this year’s service.