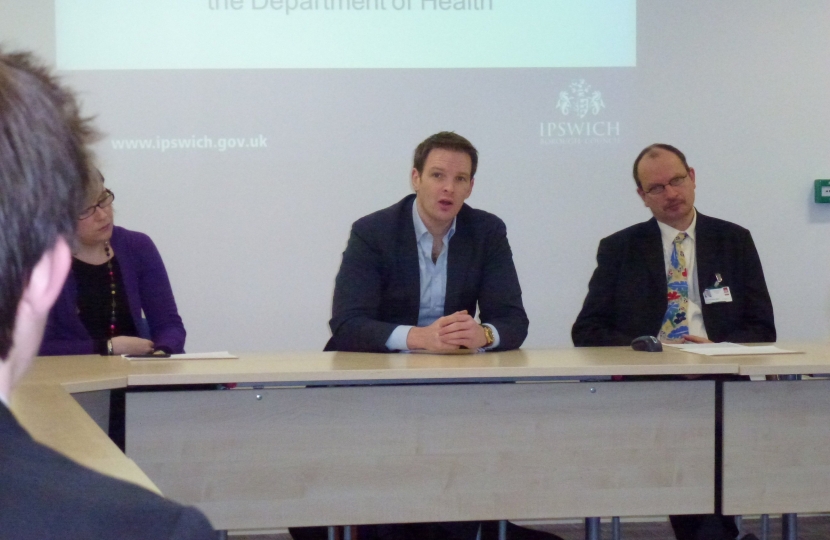 Last week, Dan met with young people as part of a local initiative to increase awareness of the many ways in which they can play an active role in their local communities. Dan spoke to a group of year 10 students from Westbourne Sports College and the Ormiston Endeavour Academy in North Ipswich, and answered a variety of questions ranging from his reasons for entering politics, his background as an NHS hospital doctor and the leading role he has played in helping to deliver faster broadband speeds for our schools, businesses and families in Suffolk.

The Civic Engagement in Schools project is run by Ipswich Borough Council and encourages young people and schools to discuss the idea of local civic engagement. The aim is to assist our schools in Suffolk to play an active role in their local communities and for local councillors to be an active part of school councils.

Dan would like to thank Cheryl Phillips, Community Engagement Officer at Ipswich Borough Council for inviting him to meet with the students and he looks forward to welcoming them to Parliament in the near future.