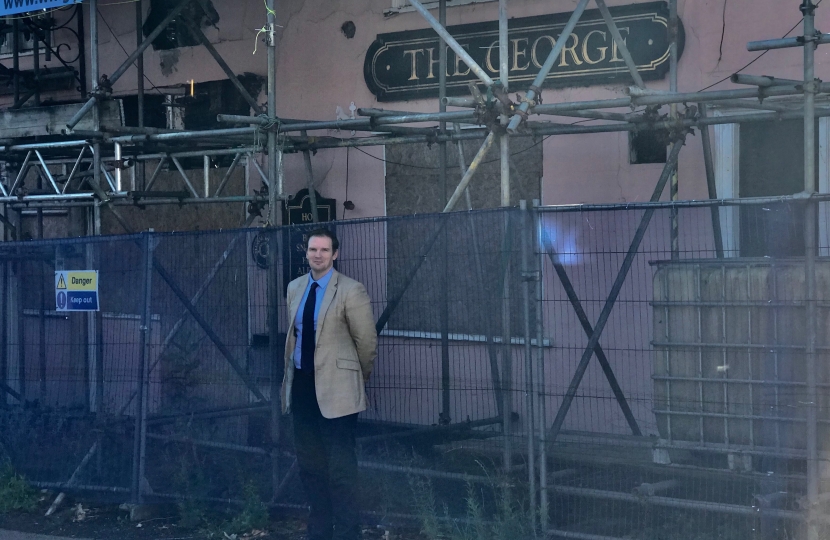 Following a devastating fire in 2013, the historic George Public House in Wickham Market has remained closed ever since, with the community desperate to have it restored and returned as a much loved community pub and asset.

Local MP, Dr Dan Poulter, has now lent his support to a community effort determined to see the George returned to its former glory and restored as a village pub, saving an important community and heritage asset for the benefit of the village.

The Save the George committee has submitted its bid for up to £1million of Heritage Lottery funding, backed and supported by Dr Dan and if successful, the aspiration is for the newly restored George to potentially re-open its doors in 2021. The results of the bid are expected later in autumn of this year.

"I have enormous respect and admiration for the dedicated team of residents who have driven this project forward thus far. The Heritage Lottery bid has enormous merit, not only in helping to preserve and restore part of the village's architectural heritage, but also in providing a space that will not only house a pub, but will also facilitate a diverse variety of activities that are not currently available in the village. I wish the team every success with their bid."