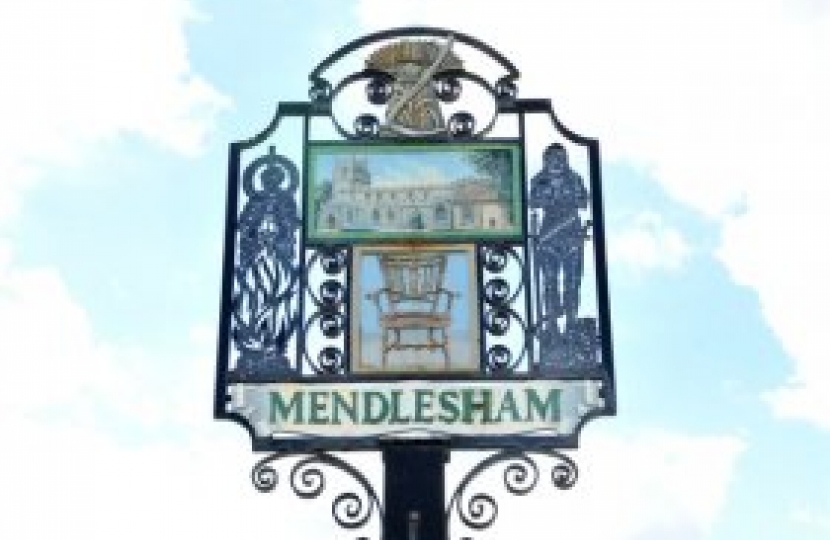 Suffolk MP, Dr Dan Poulter, has today praised the new leadership at Mid Suffolk District Council for listening to his and residents' concerns and taking positive action to tackle unauthorised development on the outskirts of Mendlesham.

Late last year, Dr Poulter first wrote to the Council urging them to take urgent action against this unauthorised development on land at Brockford Road in Mendlesham, but since then the site has continued to grow dramatically and is now home to some 24 or so caravans and static homes, with more arriving on a regular basis.

At his recent MP's Advice Bureau in Mendlesham, Dr Poulter heard concerns from a number of residents about the inappropriate development of the land at Brockford Road, next to the A140 and how the land, adjacent to an existing caravan park, is being sold off in one acre plots. Local residents continue to become increasingly concerned about the potential for an unplanned permanent travellers site and plots which have already been sold off have seen extensive development, with multiple portacabins, park homes and caravans on site, as well as a number of hardstandings. Extensive groundworks continue at the site, with hedges being ripped out, new ditches dug and areas of the fields being concreted over.

At a meeting with the new Council Leader and Chief Executive on Friday of last week, Dr Poulter was reassured to learn that a number of applications along this stretch of road had already been rejected, the most recent of which were rejected late last week. Now enforcement teams are on stand-by and poised to take remedial action.

Commenting on these latest developments, Dr Poulter said "Following a productive meeting on Friday, I would firstly like to praise Mid Suffolk District Council's new Leader, Suzie Morley, for supporting me in this issue and grasping the importance of it. Working together and following due process, common sense has prevailed and I am reassured that enforcement works will now begin at the site on Brockford Road."

"Since last year, I have been working hard to support local residents and to bring this growing problem to the Council's attention. The unauthorised development at Brockford Road in Mendlesham is having a considerable effect on the surrounding area, and not at all in accordance with the established neighbourhood plan for Mendlesham. There is simply not the infrastructure in place to support development of this scale and as the land in question is cited on a flood plan, it is not at all suitable for residential development. I am pleased that the Council has followed due process and established that planning permission should not be granted here and I welcome news that the Council's Enforcement Team can now take steps to prevent any further damage to an area which is ill-equipped and ill-suited to such a development."