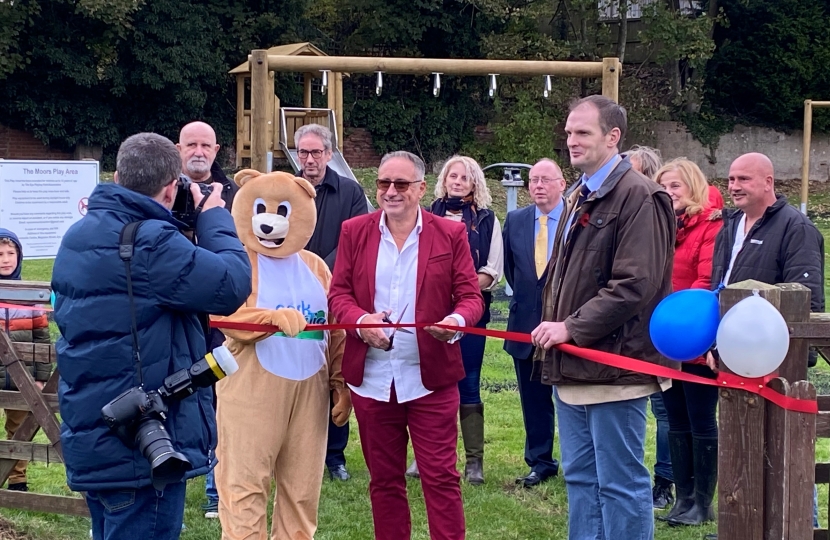 The Community Centre, Playing Fields and Playground are run by the Eye Playing Field Association, a registered charity originally set up in 1970, and whilst there has historically been a playground, the equipment has been deteriorating steadily and is no longer fit for purpose.

In recent years, a sub-committee was formed tasked with raising funds for the new play equipment and a number of fundraising activities were held, including a talent show, jumble sale, and three illustrated talks by a popular local entertainer.

Local businesses have been keen to support the bid, with particularly generous donations being received from the Co-Op and Camstar Herbs.  Work so far has been undertaken in two phases, with ongoing efforts to secure the remaining funding continuing.

The old equipment was finally removed in October 2020 and the area has since been levelled, thanks to the efforts of the trustees and a small team of hardworking volunteers.  The new playground was finally installed and commissioned in October, and due to historical vandalism, the Trust has taken the decision to install CCTV to safeguard the new equipment.

Fundraising efforts now continue, with aspirations to raise a further £25k in order to fully deliver ambitions for the new playground, but Dr Poulter praised the outstanding community effort in so far raising over £70,000.