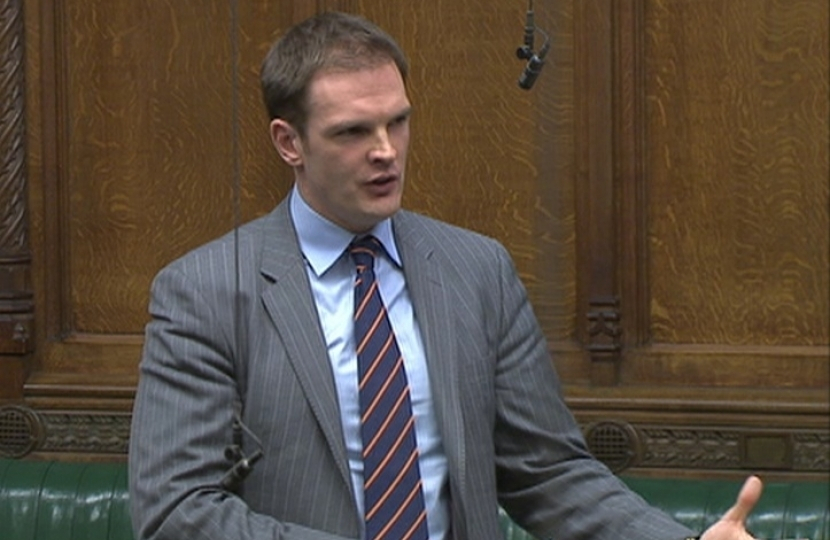 Following a meeting with representatives from National Grid, Dr Poulter was left with grave concerns that the new power lines and pylons will not, as previously expected, run parallel to the existing Norwich to Bramford corridor but instead, will deviate up to 4 or 5 kilometres west of the existing route.

East Anglia Green is National Grid's proposed energy enablement project to build a new high voltage network reinforcement between Norwich and Bramford, and onwards to Tilbury.  Despite earlier indications that any new lines would run parallel to the existing lines, Dr Poulter learnt that under the new proposals, there will be in the region of 60km of new overhead lines and associated pylons between Norwich and Bramford.  Contrary to earlier suggestions, National Grid has now set out that the new proposed line and pylons will be some 4-5km west of the existing line.

Member of Parliament for Central Suffolk and North Ipswich, Dr Dan Poulter said “Following a meeting with National Grid, I am extremely concerned to learn of their proposals for the new East Anglia Green power line corridor.  Earlier indications were that any new lines would run parallel to the existing lines, so I was shocked to learn that the new lines will deviate some 4-5km west of the existing corridor.

“Whilst it’s important to recognise that we must deliver greater reliability and capacity in our energy supplies, as well as increasing our energy security, this simply cannot be at any cost or to the detriment of our Suffolk countryside and natural environment.

“It seems to me there is no compelling case whatsoever for the placement of this new line and I have strongly urged that National Grid reconsider their proposed route.  I have already been contacted by a number of residents who are outraged and I have also written to the Leaders of Suffolk County Council, Mid Suffolk District Councils and Parish Councils in my constituency.  These plans don’t make any sense and I would urge people to have their say whilst the consultation remains open.

“Whilst my first choice would undoubtedly be for the lines to be sited underground, national grid would argue that this increases costs. But at the very least, if they cannot be undergrounded,  I would like to see any new power lines sited immediately parallel to the existing corridor.”

Full details on the consultation can be found at https://www.nationalgrid.com/electricity-transmission/document/142451/download