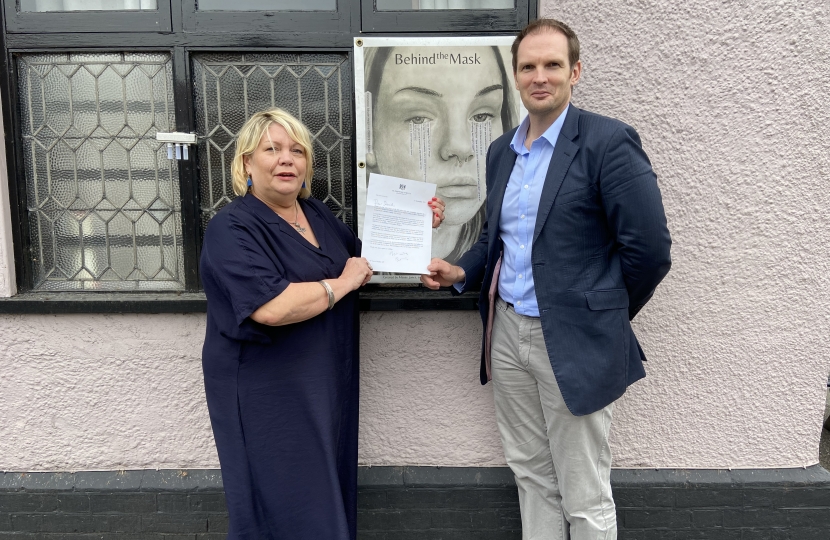 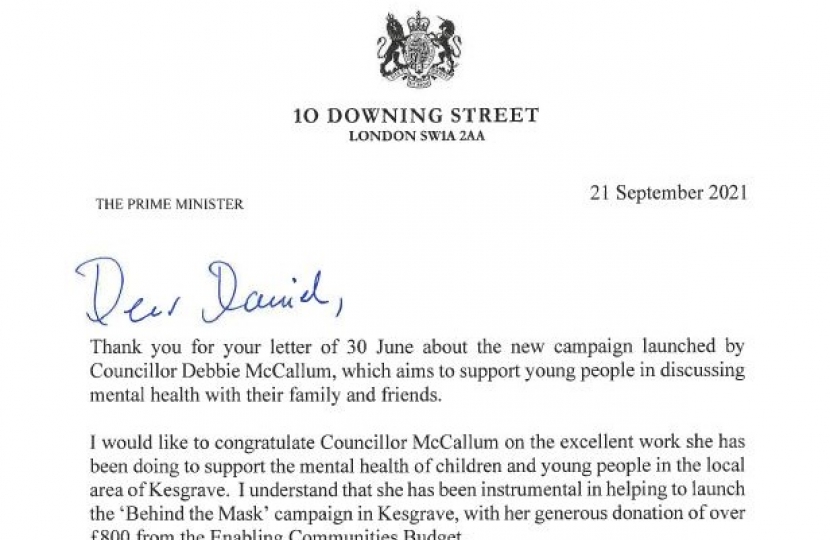 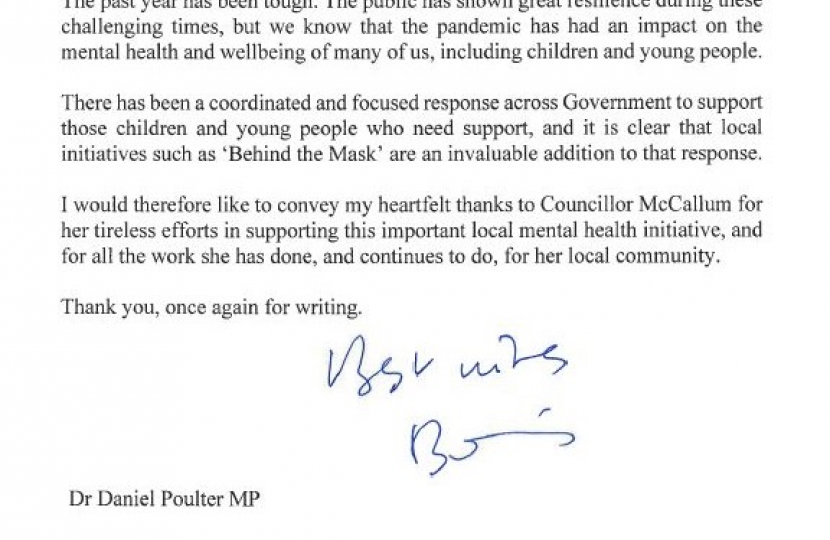 The self-portrait poster – featuring tears running down the young girl’s face, was created by Maisie who used extracts from her own journal.  Titled “Behind the Mask” this moving picture now forms the central image of a campaign funded from East Suffolk Councillor, Debbie McCallum’s locality budget.  The campaign hopes to start conversations and help people consider the impacts which the Covid-19 pandemic may have had on their own wellbeing, as well as understanding how and where to access support, if needed.

Local MP, Dr Dan Poulter – who is himself a practising NHS doctor, was so impressed by the moving campaign that he brought it to the attention of the Prime Minister, Boris Johnson.  In responding, the Prime Minister congratulated Councillor McCallum on the “excellent work she has been doing to support the mental health of children and young people in the local area of Kesgrave”, adding that “local initiatives, such as Behind the Mask are an invaluable addition” to the wider response across Government to support children and young people.

Presenting the letter to Cllr McCallum, Dr Poulter said “I’m delighted that the Prime Minister has recognised and commended the work of Debbie and by association, Maisie’s involvement in creating the powerful poster image.  As we move out of the pandemic, it is vital that our children and young people are able to talk with their families and friends about their mental health and to understand when and how to seek support.  The Behind the Mask campaign is a powerful message which I hope will serve as a starting point for some of those conversations between parents and their children and I would like to echo the Prime Minister’s sentiments in congratulating both Debbie and Maisie for their achievement.”