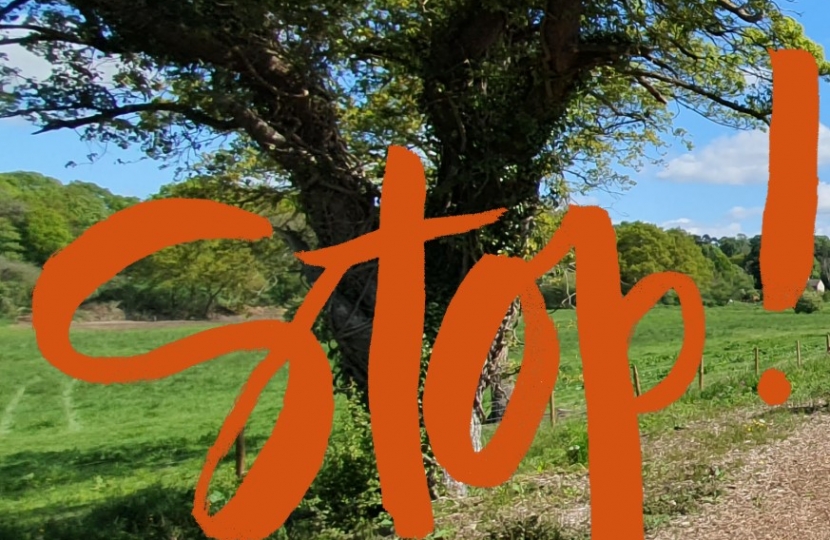 Unprecedented levels of local concern have been raised with local MPs and Councillors about the potential devastating impacts the construction of an Ipswich Northern Route would cause to the Fynn Valley and beyond. The area to the north of Ipswich has high agricultural and environmental value and an Ipswich Northern Bypass, would be significantly detrimental to the natural environment and local habitats in one of Suffolk's most beautiful areas of countryside.

With the Orwell bridge closed for, on average, only 2 days a year, there is little evidence that a Northern Bypass will benefit either local business or traffic flow, and Suffolk County Council's own traffic modelling indicates that the bypass will do little to ease traffic congestion in Ipswich itself.

Mid Suffolk and East Suffolk District Councils have already made plans for almost 10 years of future house building in Central and Eastern Suffolk. However, Suffolk County Council's proposals appear to be little more than a thinly veiled attempt to concrete over one of the most beautiful parts of Suffolk by building a new town the size of Bury St Edmunds, with up to 20,000 new houses that are simply not needed, except as a means method of funding the new road.

Commenting on the proposals, joint founder of the Group, Nick Green said "We started the Stop the Ipswich Northern Bypass campaign with the intention of bringing together all affected parties and working as one to halt the devastation these proposals will undoubtedly cause. The reaction and support to date far exceeds anything we could have hoped for."

Fellow Group founder, Nick Deacon said "If a road of this type were to go ahead, the countryside to the north of Ipswich would be ruined forever and quickly built over with substantial house-building, bringing with it thousands more cars and simply adding to the problem of congestion in and around Ipswich.  Suffolk County Council should be directing their energy into creating an integrated transport policy that benefits all, not just car owners."

Local MP, Dr Dan Poulter, has also lent his support to the Group and adds "It seems to me that the current proposals are largely about extra house-building that is not needed, and have very little indeed to do with decongesting Ipswich.  There is little or no evidence to show that an Ipswich Northern Route, or Bypass – call it what you will, will do anything to reduce traffic congestion in Ipswich.  With the road likely to cost in the region of £1 billion, I would far rather see that investment going to support our local public services, such as Ipswich Hospital."

The Stop the Northern Bypass Campaign have already engaged legal advice and are planning to commission an independent Ipswich and East Suffolk transport assessment.