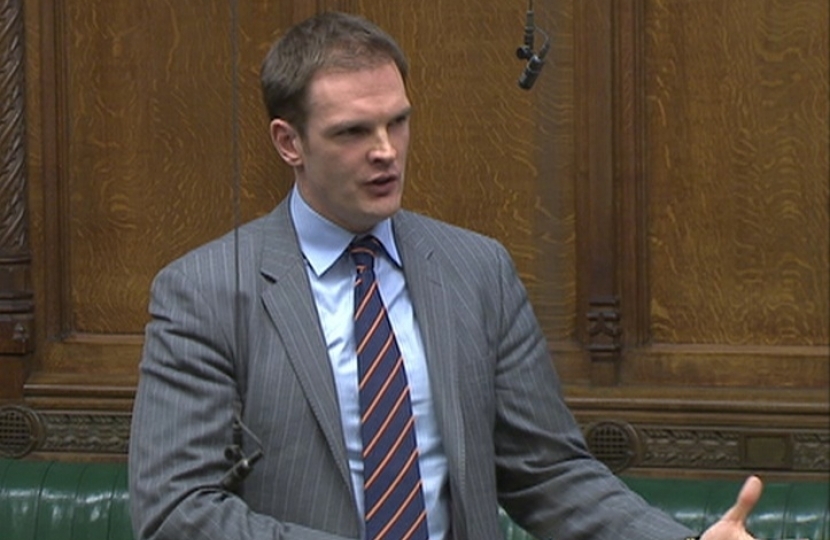 A number of Suffolk MPs, including Central Suffolk & North Ipswich MP, Dr Dan Poulter, have today written to the Secretary of State for Transport, Grant Shapps, pressing him to urgently invest in essential upgrades to the A14.

Following the Prime Minister’s announcement of a post-Coronavirus infrastructure boost earlier this week, it is vital that Suffolk and the East of England are not forgotten in the Government’s drive to invest in every corner of our country in a bid to drive growth, productivity and strengthen the economy.

The A14 is not currently fit for purpose and requires strategic vision and investment. The road is heavily congested, and accidents occur on an almost daily basis, causing regular delays and significant costly disruption to both businesses and residents alike.  Staff are late getting to and from work, appointments are missed, goods are delayed and, ultimately, people's lives can be changed forever due to the accidents which frequently occur on this heavily congested stretch of road.

The A14 in Suffolk is already Britain’s Premier Trade Route and will be of incomparable strategic importance in enhancing the UK’s global connectivity and trade following the UK’s exit from the EU and through the recovery from COVID-19.   Some 4 million, or 41% of all containers coming into the UK arrive at Felixstowe, with 75% of those going on to travel via the A14 in Suffolk and on to key UK regions including the Midlands Engine and Northern Powerhouse.

Suffolk’s MPs have previously written to the Chancellor of the Exchequer and are now appealing to the Transport Secretary, asking for £150m to upgrade 7 key junctions across the county, including the notorious Copdock interchange.  This relatively modest investment would deliver somewhere in the region of £1.5bn uplift to the UK economy.

Commenting on the letter, Member of Parliament for Central Suffolk and North Ipswich, Dr Dan Poulter said “Whilst we entirely agree with the Government’s commitment to rebalance the UK economy away from London and the Home Counties, Suffolk and its A14 are the conduit to the Midlands and the North.  It’s imperative that we are not left behind and the proposed A14 scheme would improve East-West connections, as well as providing huge economic benefits for Suffolk, Cambridgeshire and Essex.”

“It is essential that we keep pressing the importance of this issue and that we keep the A14 firmly in the Government’s mind.  Ministers are aware of the need to improve the A14 and I hope that collectively, we can secure investment in this round of infrastructure spending.”

Suffolk Chamber of Commerce, backed by Suffolk’s MPs and public sector partners, have led on the A14 No More Delays campaign.  Chief Executive, John Dugmore added “’Build, build, build’ is a good headline, but unless the A14 in Suffolk – Britain’s premier trade route, is specifically upgraded to support the country’s international trade push, then UK exporters and importers will be left disappointed by the government’s rationale.”

“Linking the Port of Felixstowe to the Northern Powerhouse and the Midlands Engine, the A14 in Suffolk is the equivalent of a country track – and not fit for the UK’s free trade future.”

“The Suffolk Chamber-led campaign to address seven key pinch points along its route and its elevation to an expressway achieved a partial success earlier in the year when the Copdock Interchange was earmarked for possible investment from 2025.”

“Unless this spending is brought forward to the present day and other junctions included, it will be a wasted opportunity and the question will be asked ‘When? When? When?’”