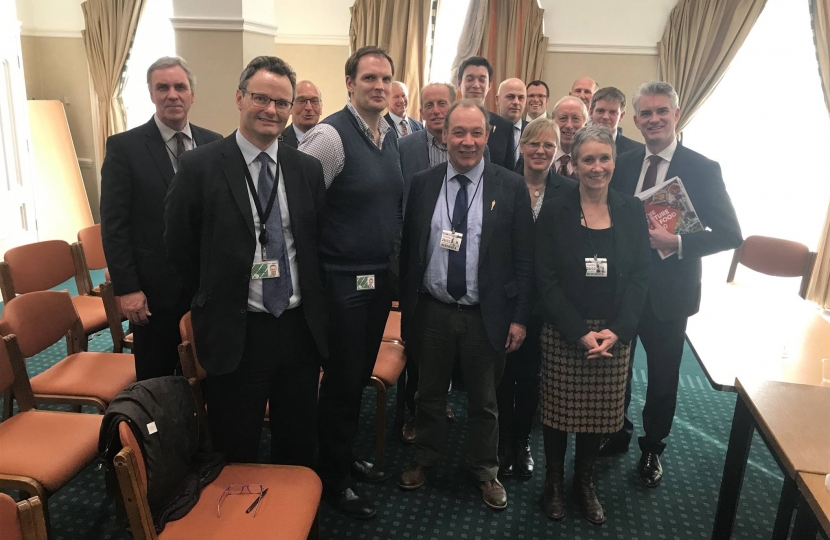 Suffolk farmers' concerns – from the future of water abstraction licences to the risks posed by a 'no deal' Brexit – were put before MPs and government officials at a special meeting in Westminster. A group of about 15 National Farmers' Union (NFU) members, led by Suffolk county chairman Glenn Buckingham, highlighted other issues including delays to environmental stewardship scheme payments and rural crime.

NFU County Chairman, Glenn Buckingham said "It was a very useful meeting with some worthwhile discussion, particularly around the impact that a no deal could have on farm businesses in Suffolk and worries that farmers' future access to water could be restricted."

"We urged the MPs to support NFU-proposed amendments to the Agriculture Bill, which would put food production front and centre of future Government policies and ban imports of food produced in ways that would be illegal in this country.

"All the MPs stressed the importance of hearing from their constituents about issues of concern. At such a crucial time for food and farming, I would ask all farmers to take the time to write to their MPs to make their views known."

Speaking about the meeting, Dr Dan said "Although I meet regularly with farmers in my constituency, it's always helpful to meet and talk to them collectively with my fellow Suffolk MPs, to hear first-hand the challenges they face. I look forward to continuing to work alongside the agricultural sector to support them as best I can."