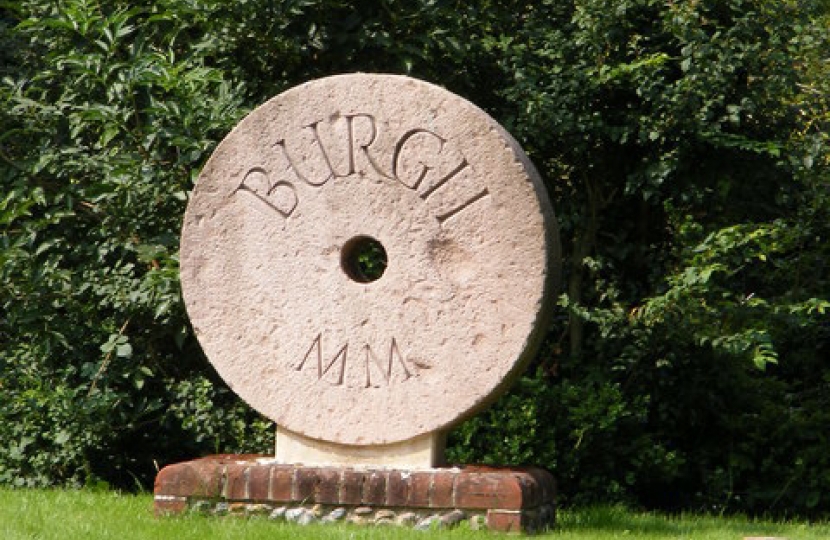 Suffolk MP, Dr Dan Poulter was delighted to meet with representatives from Burgh Parish Council to hear their concerns around highways issues and HGV traffic in the tiny village of Burgh.

The key issues concerning residents are the number of HGV movements in the village and the number of accidents taking place on the B1079, which is the main road running through the Parish. These issues have been ongoing for the past five years and the Parish Council, Mr Edward Creasy, wrote to Dr Poulter to request his support.

A great number of lorries are attempting to use Mill Hill in Burgh, which connects the village with the B1079 and onwards to Grundisburgh. Mill Lane is a very narrow lane indeed, on a hill, with a very sharp bend at the bottom, but despite this a number of HGVs continue to use Mill Hill as a shortcut and subsequently become stuck, causing damage to the road itself and to the roadside verges.

The B1079 is a well known accident blackspot, partially due to adverse cambers and tight bends, but also due to the speed of passing traffic. The area of road in question is currently listed as national speed limit (60mph), but with the tight bends and adverse cambers, cars often end up coming off the road and landing in adjacent fields. Burgh Corner, on the B1079, is a pick-up and drop-off point for school children and residents are concerned that unless the speed limit is reduced, there is the potential for a very serious accident to occur.

Dr Poulter has offered his support to the Parish Council and will be taking up the issue of HGV movements and the speed limit with Suffolk Highways.